My Name Is Khan Movie 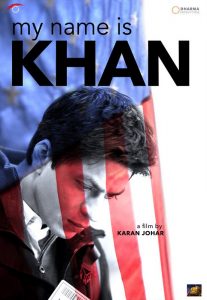 For almost eight years cinemas have been deprived of the onscreen pair of Kajol and Shahrukh but the wait has been finally coming to an end with Karan Johar’s My Name Is Khan.

My Name Is Khan is a story of Rizwan Khan who is different from other children of his age. After his mother’s death, Rizwan moves to his brother’s house in Sans Francisco where he meets Mandira played by Kajol who is a single mother.

He falls in love with Mandira and gets married. The story turns around the post 9/11 terror attack when every Muslim in the US scrutinized. Rizwan and Mandira were also get affected by this tragedy.

Now the story is all about how Rizwan khan proves that though he is a khan but not a terrorist.

Prev Next
Leave A Reply
Cancel Reply
Search Songs Lyrics
Subscribe to our newsletter
Sign up here to get the latest news, updates and special offers delivered directly to your inbox.
You can unsubscribe at any time
Recent Lyrics
Popular Lyrics Categories
Sign in
Sign in