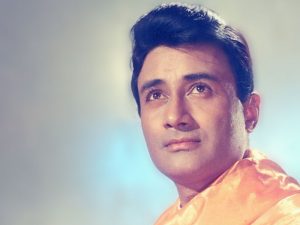 Dev Anand was India’s most dashing superstar who played romantic leads in the maximum of his movies. He has millions of fans following across South Asia. Dev Anand was the most handsome film star of his time. Several hits Hindi songs were composed during his acting career. Munimji, Paying Guest, Tere Ghar Ke Saamne, Kaala Bazar, and Kala Pani were the most successful movies of Dev Anand in fifties. Also, the songs of these movies were great hits.

Kishore Kumar was ideally the best playback singer for Dev Anand and together they gave several super hits songs. Even Dev Anand himself confessed that it was Kishore’s voice that suits him the most. Songs like Aankhon main kya jee, Mana Janab Ne Pukara Nahi, Dil Aaj Sayar hai and similar other songs are forever hit.

Dev Anand together with Guru Dutt has produced some of the best super-duper hits movies. Jaal, Bazi, and CID are one of them. Also, the songs of these movies are really awesome. Old Hindi songs are incomplete if we take out Dev Anand from them. Dev Sahab gave new meanings to these songs with his acting skill.


From his first movie to his last movie you haven’t find any song which didn’t touch your heart. Every song lacked something if Dev Anand wasn’t performing in the song. He made all the songs of his movies immortal with his charisma and acting skills. Songs like Din Dhal Jaye, Kya se Kya Ho Gaya, Hum Bekhudi Mein tume are songs which touches everyone’s soul.

Hum Dono (1961), Guide (1965), Jewel Thief (1967), and Hare Rama Hare Krishna (1971) are some of the gems where Dev Anand’s performance is incomparable. During the Seventies and Eighties, he was the only star who performed in lead roles with actresses who were much younger to him.

Dev Sahab is no more but listen to his songs, it seems he has relived and will be there for us forever. Dev Anand was the leading man until his last breath. We will remember him for all the good things he has done for us.